25 Apr ‘You Shall Not Sleep’, Biznaga de Plata for Best Photography and Best Editing 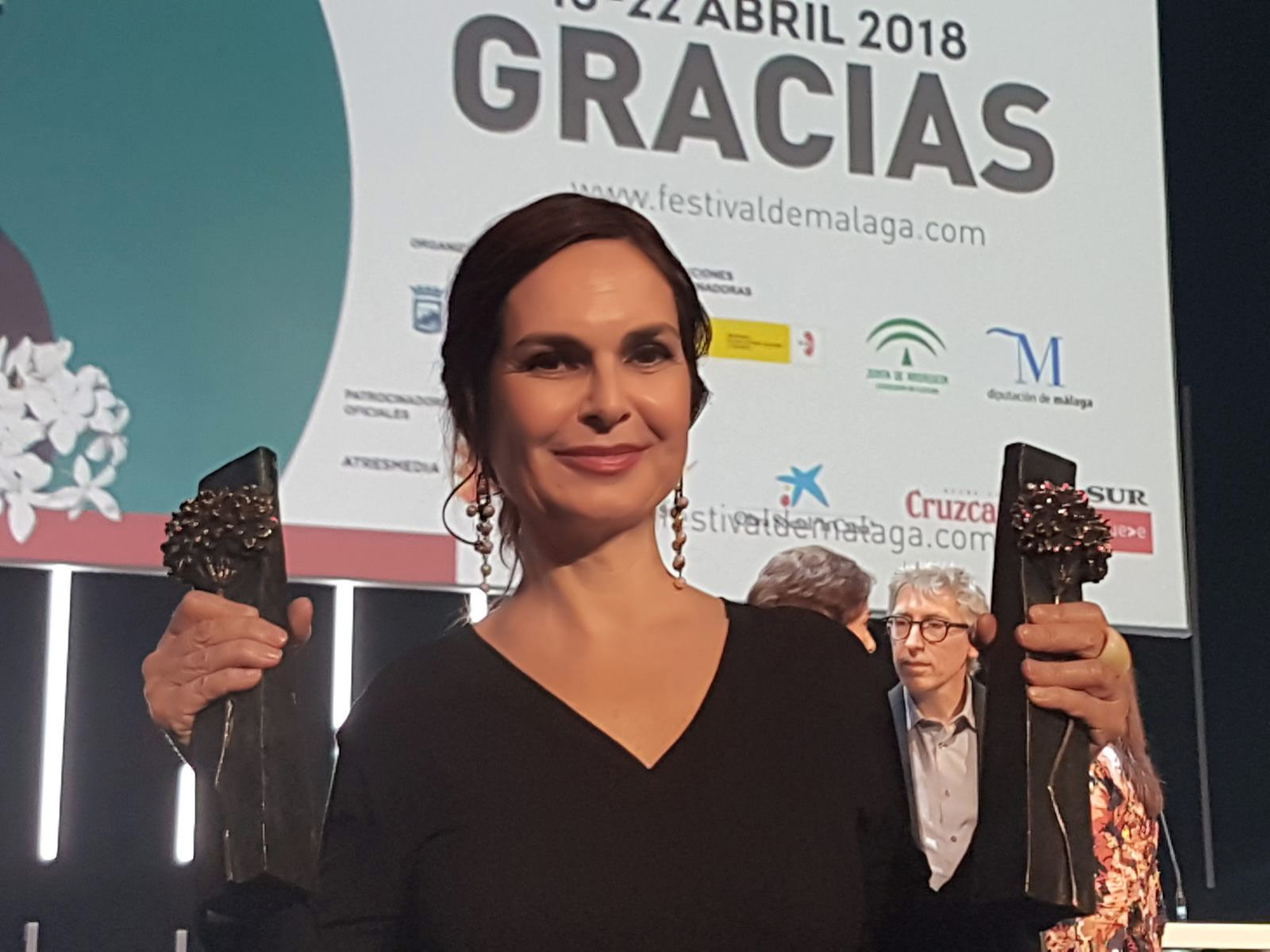 The first feature film by Tandem Films, You Shall Not Sleep, has won two awards at the Malaga Film Festival, where the jury recognized the work of the cast and crew, highlighting in particular Guillermo Nieto’s (Best Cinematography) and Pablo. Zumárraga’s (Best Editing). 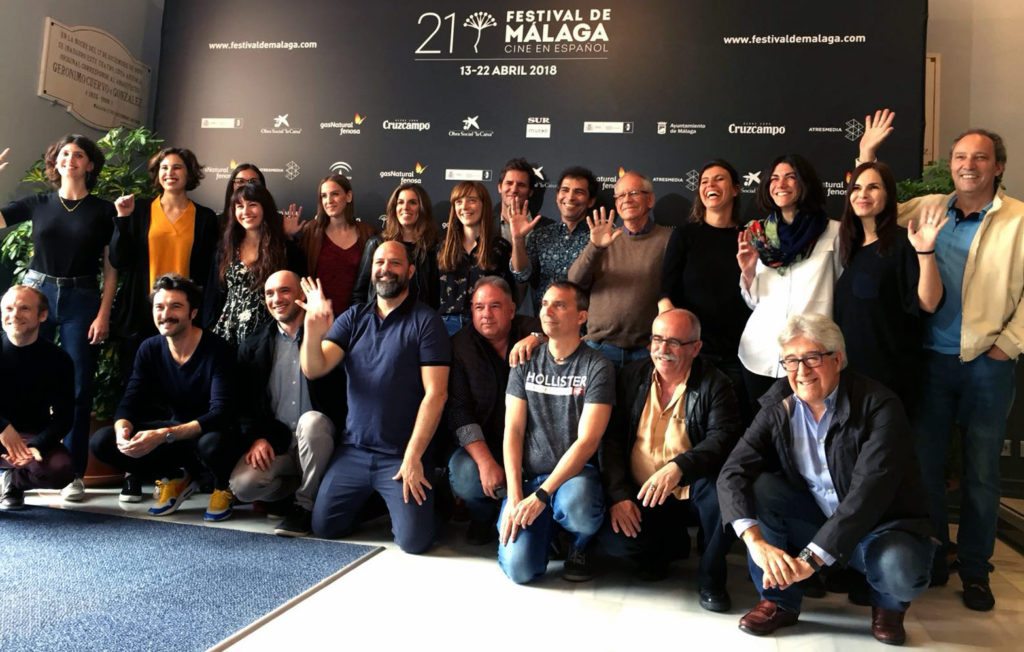 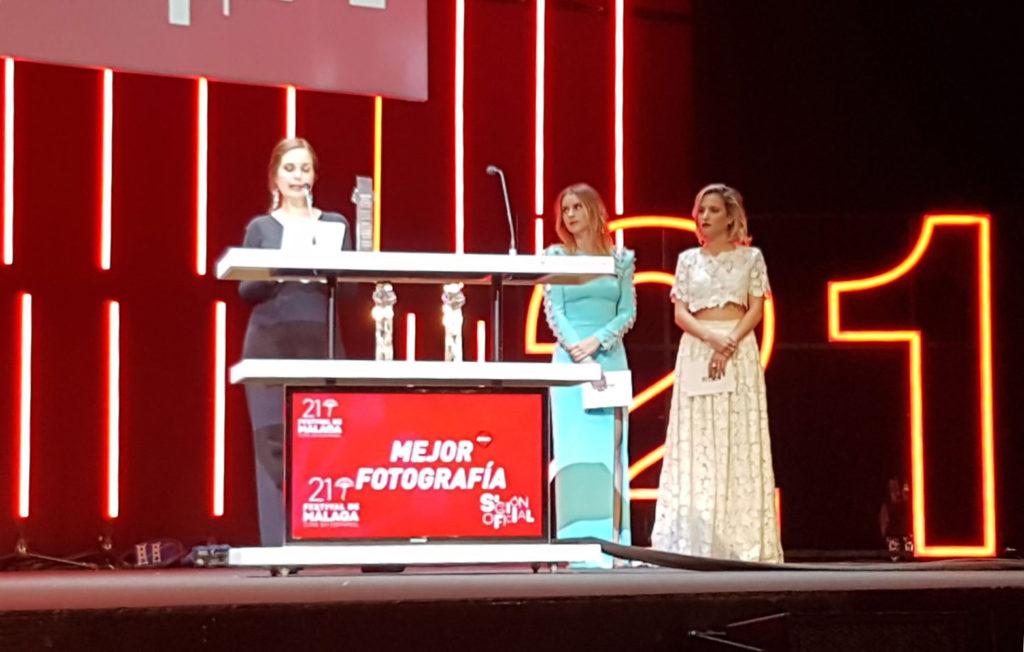 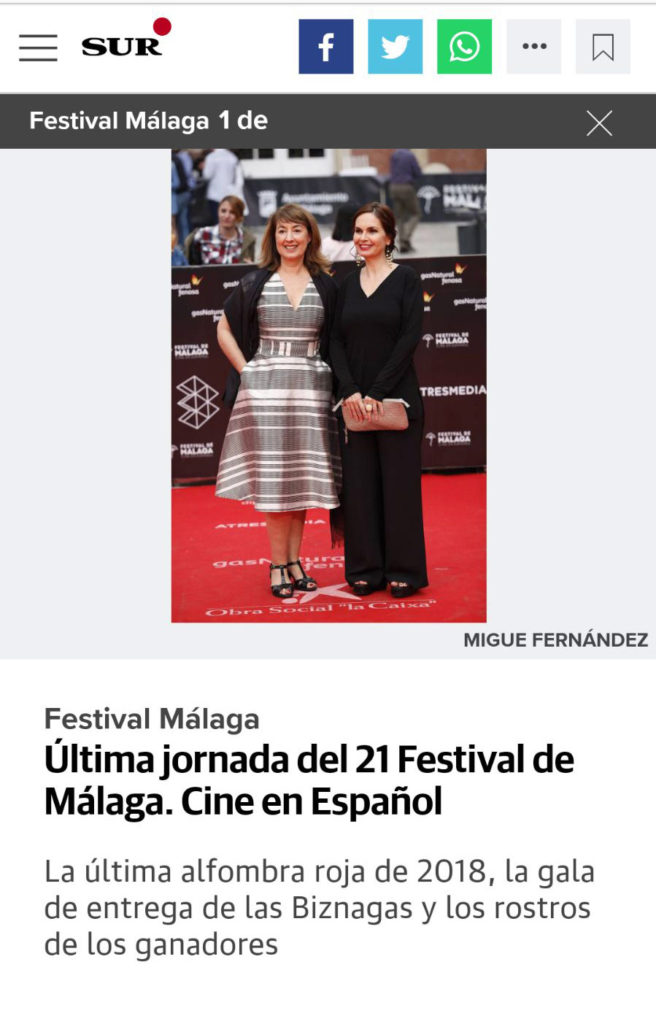 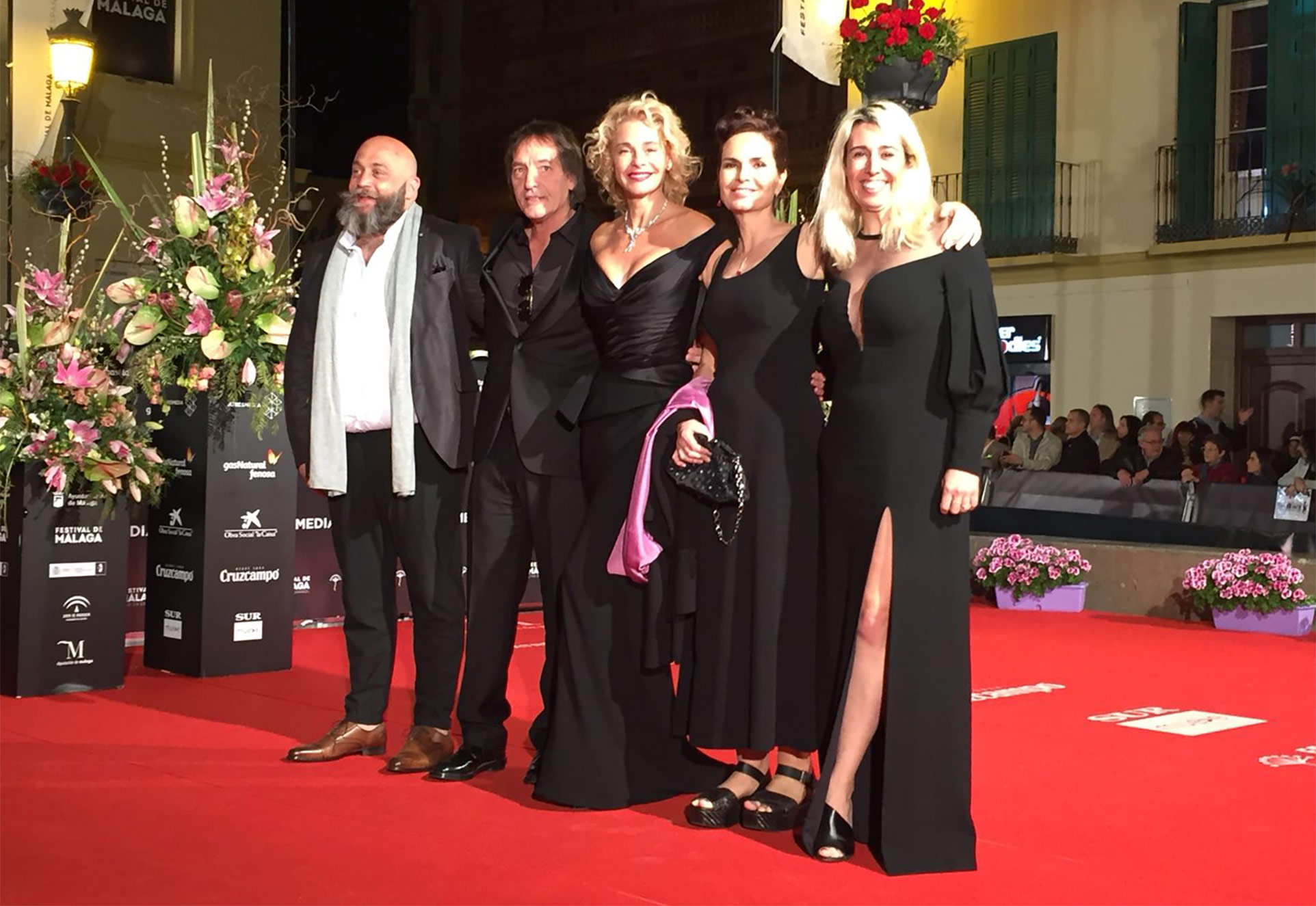 The first feature film by Tandem Films has been presented at the 21st edition of the Malaga Film Festival, where the main cinema specialized press of our country has received the film with good reviews.

We leave you here a couple of reviews about You Shall Not Sleep. In theaters June 15. 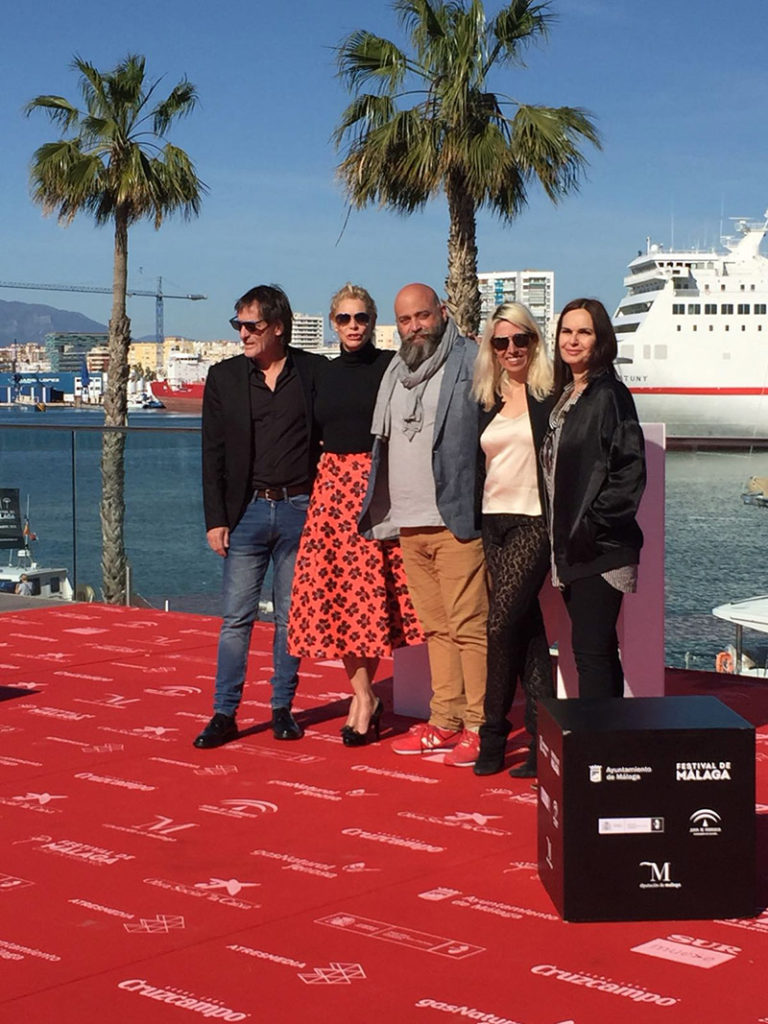 13 Apr ‘You Shall Not Sleep’, the unique horror movie in Malaga Film Festival

Success precedes it. Released last February in Argentina where it has become a phenomenon, the new film by Gustavo Hernández has been sold in a multitude of countries. Next June 15th, You Shall Not Sleep will finally arrive to the Spanish screens thanks to Filmax, but before the assistants to the Malaga Film Festival will be able to enjoy it in scoop, being the only horror film in this Festival Edition. 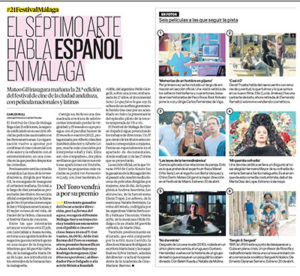 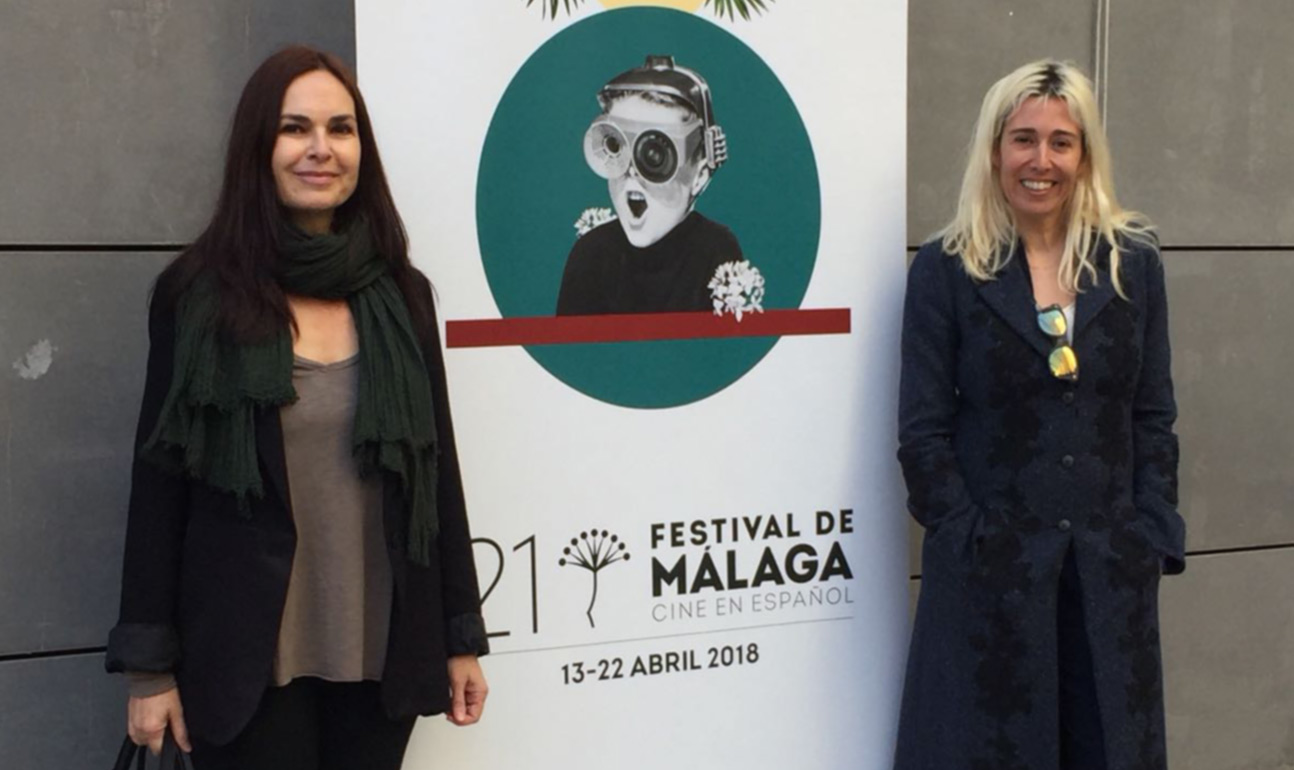 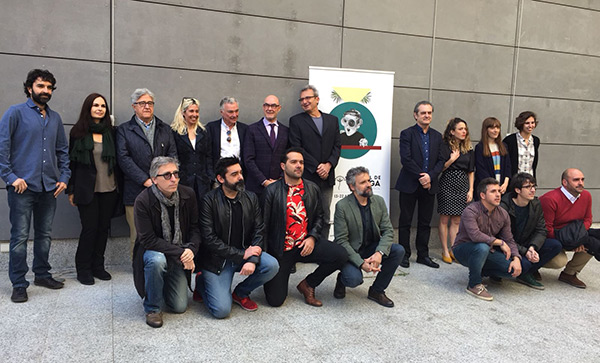 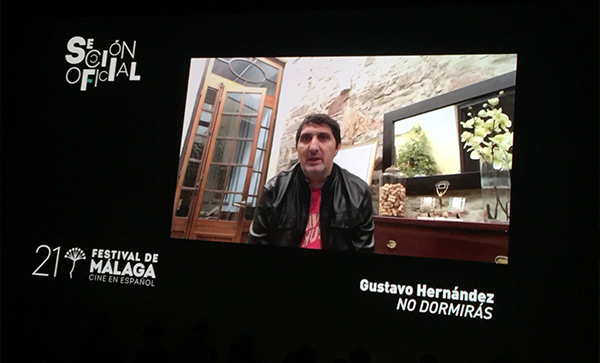 Cristina, Adriana and Diego attend the first edition of Rodando Páginas, an event organized by the Community of Madrid, the Federation of Publishers Guilds of Spain and AMA. There they could learn from the hand of the authors themselves and their agents some of the books proposed to be adapted not only to the big screen but also to the video game format, television series, etc.

Marina Seresesky was part of the jury in this first edition and Tandem was able to talk with her about the event and the books presented.

Tandem Films and Solomon Solon A.I.E start the first part of the shooting of the project Lo nunca visto in El Espinar (Segovia).

Fox will distribute in the US, German-speaking territories, and Latin America. Australia, Italy, Scandinavia, China and Japan are under discussion for the story about a theatre group that conducts a sleep deprivation experiment in an abandoned psychiatric institution.

Step by step our film will conquer the world!

Our first feature film arrives in Argentinian theatres. They can already enjoy You shall not sleep. We count the days for its premiere in Spain! 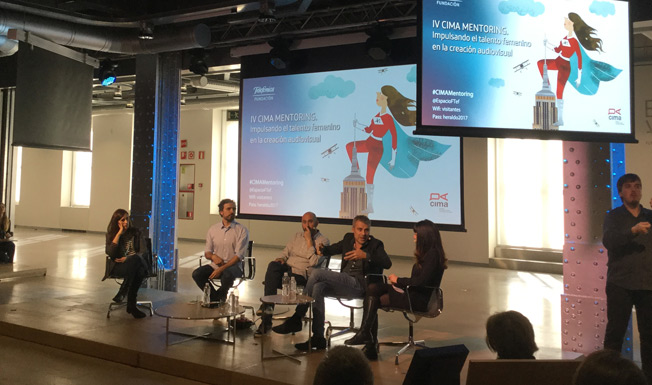 On November 3rd, the 4th Edition of CIMA Mentoring was held, attended by Diego, Adriana and Cristina, the latter also serving as a mentor for one of the 4 projects selected in this edition. Throughout the day, attendees could learn from the Sanchez Cabezudo brothers -creators of La Zona, series broadcasted on Movistar + – how his project has been planned, difficulties, curiosities, etc. Also, a round table was held with the creator of series such as Vis a Vis or La casa de papel and with the Fiction Director of Movistar +. The report recently carried out by the Association of Women Filmmakers on the situation of women in film was also presented, accompanied by the comments of Oscar Grafenhein, ICAA’s Director General. In the afternoon, networking sessions were held among the attendees and the pitchings of the finalist projects. The day ended with the screening of Verano 1993, finalist project of the 2nd Edition of CIMA Mentoring.

Cristina Zumárraga attends the last session of the Torino Film Lab: Script Match Point. Those meetings serve to work and review the latest developments in the selected project, where we count with the British screenwriter Nathalie Biancheri.

Fernando Hugo Rodrigo participates in the workshop of SOURCES 2 Projects & Process – Training Mentors for European Screenwriters and Filmmakers . This program, with the support of MEDIA Creative Europe, focuses on the specific tasks of script-doctors and development professionals, with strategies to develop with screenwriters and/or directors with greater effectiveness.

Fernando Hugo Rodrigo goes to the pitching sessions organized by the Audiovisual Script Creation Master of the University of La Rioja. Held in Madrid, it was an opportunity to meet new projects and learn about new talents in the script’s field.